From rooftop farms to backyard beekeepers, Americans are growing food like never before. Growing Cities tells the inspiring stories of these intrepid urban farmers, innovators, and everyday city dwellers who are challenging the way this country grows and distributes its food. From those growing food in backyards to make ends meet to educators teaching kids to eat healthier, viewers discover urban farmers are harvesting a whole lot more than just good food. Shown at numerous film festivals, including the Wild and Scenic Film Festival and the Portland Film Festival.

About the filmmaker: Dan Susman’s first experience with farming was growing giant pumpkins in his backyard as a kid. Since those early days, the Omaha native has always known that growing food was something essential. After graduating from Dartmouth with degrees in Ecology and Environmental Studies, Dan has dedicated himself to tackling the problems of our national food system. With his friend Andrew Monbouquette, he traveled 12,000 miles across the United States to visit over 80 different urban farms. The pair then turned their experience into Growing Cities.

Crafting the Cider Comeback describes the reemergence of hard cider and other apple spirits specialty product manufacturing in the Hudson Valley. It highlights an exchange program with cider producers in France, where these products have long been part of everyday life.

About the filmmaker: Glynwood’s mission is to save farming by strengthening farm communities and regional land systems. Their goal is for small and mid-sized farmers to thrive, on the land and in the marketplace. Much of their work focuses on the Hudson Valley.

Community Garden was created by three girls in Troop 1616, with help from their leaders, to document the troop’s work in cultivating a community garden and to encourage other groups to carry out similar projects. Julia, Emily and Valerie have been involved in 4H and FFA and have shown animals and crafts at the Greene County Youth Fair and the Altamont Fair. This film was shown at the Greenville Girl Scout neighborhood closing ceremony.

Hopped Upstate: The Rise of Hope Farming in New York

Following the passage of New York State’s Farm Brewery Law, new hop farmer Dave Pasick is not only looking to revive his century old family farm in upstate New York, but to be part of a budding economic movement in his rural hometown. Hopped Upstate: The Rise of Hop Farming in New York was shown at the 2013 Northeast Hop Alliance Annual Conference.

About the filmmaker: Leslie Von Pless is a video producer and photographer based in Brooklyn and Syracuse, NY. She works full-time as the Communications and Multimedia Strategist for Lambda Legal, a national LGBT rights organization. Her videos have been featured in the Chicago International Social Change Film Festival, the Lights. Camera. Help. Nonprofit Film Festival, and she has previously won 1st Place in the YouTube Video Volunteers contest. Hopped Upstate: The Rise of Hop Farming in New York is her first independent short documentary project. As a photographer, Leslie focuses on landscape, nature, and outdoor digital photography. She belongs to the Central New York Art Guild and Cooperstown Art Association. She received a B.S. in Communications/Digital Video Production from Fredonia State University.

About the filmmaker: 14 year old Jessica Adee is in the ninth grade at Chatham High School. In addition to making films, she loves running, drawing and art. Her earlier film, Hopeful Dawn, was shown at the 2012 Farm Film Fest.

In The Beekeeper, Boulder beekeeper, Tim Brod, discusses the value of high quality honey and the importance of maintaining our relationship to the honeybee. The film includes some great close up shots, illustrating why we use the expression, “Busy as a bee.”

About the filmmaker: Spencer Sarson is a 22 year old business major at Cal Poly in San Luis Obispo, CA. He would like to incorporate his knowledge of the business world with his passion for photography. He is a photographer and videographer. See his other work, The Potter, on Vimeo.

About the filmmaker: Eric Grant is the Director of Public Relations and Communications at the American Angus Association.

Cow Power focuses on the history and science behind the world’s only utility offering electricity created from cow manure. Farmers retrofit their farms with digesters that take cow waste and turn it into a renewable energy source. The process leaves farmers with healthy fertilizer and a byproduct that can be used as a bedding replacement for animals.

This program places a tremendous financial burden on farmers and has been virtually impossible in other states. Vermont is the first state to combine policy with citizen generosity in an effort to support Cow Power farms. Vermont businesses from breweries to colleges pay an optional tariff to support the program.

About the filmmaker: Allison Gillette grew up in Vermont where her love of nature was fostered by her grandfather teaching her how to garden. She studied Documentary Film Production at Emerson College, where she graduated with honors and received the “video” award from the Visual Media Arts Department faculty. In 2012, she interned at NOVA, PBS’s science station, where she produced 10 short films and composed music for the NOVA episodes.

Thanks to the people who helped source and select films:
Mary Gail Biebel, Tom Crowell, Jeff Lick, and Steve McCarthy. 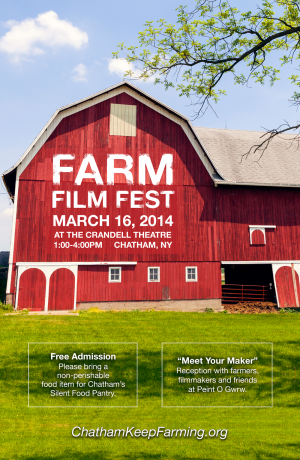