Farming for the Future: Sustainability in a Time of Change

The one-day festival was held virtually and focused on farms and farming issues with special consideration for those with a regional connection. The program included films made by professional and amateur filmmakers.

The Colorado River irrigates 15 percent of the nation’s crops, making Western agriculture an issue that is crucial to the lives and dinner plates of all Americans. Conservation Generation is a new short film by the National Young Farmers Coalition that offers a look into the lives of four young farmers and ranchers in the arid West. Despite contending with the impacts of historic drought, climate change, and increased competition for water, the film’s farmers are each committed to their communities and to finding innovative solutions to water shortages.

Headquartered in Hudson, NY, the National Young Farmers Coalition is an advocacy network of young farmers fighting for the future of agriculture.

The River That Flows Both Ways

A visit to the Hawthorne Valley Biodynamic Farm in Ghent, NY, and a trip down to the Inwood Farmer’s Market in Manhattan illuminate the inextricable link between rural and urban Hudson Valley life.

A look at Edible Uprising, a beautiful and biointensive farm operating in Troy, New York. The farm is run by husband and wife team Ben Stein and Alicia Brown, who grow over 200 varieties of vegetables and flowers on one acre of land. They are dedicated to growing ethical, sustainable, and healthy food.

Carbon is life. When balanced, in its right place, it’s critical to our biosphere. When out of balance, in the wrong place, it’s proven to have dire consequences. Shot in Dutchess and Columbia Counties, this film describes efforts by local farmers to keep carbon in the ground.

A writer and filmmaker, Jon Bowermaster is a six-time grantee of the National Geographic Expeditions Council. He has written 11 books and produced/directed more than 30 documentary films. His feature documentaries include “Dear President Obama,” “Antarctica, on the Edge,” “After the Spill,” and “Ghost Fleet.” (www.oceans8films.com)

For the past several years, Bowermaster and his One Ocean Media Foundation / Oceans 8 Films team have focused on a series of short films about the environmental risks to, and hopes for, the Hudson River Valley, the birthplace of the American environmental movement. www.hudsonriverstories.com

Meet Joseph Yoon, the multi-talented chef and executive director behind Brooklyn Bugs, an engaging and interactive food organization that promotes and advocates edible insects as the future of food. Right off the bat, it’s hard not to love Chef Joseph. His look-you-in-the-eye, always thoughtful, goofball personality makes what he does for ento-cuisine look incredibly easy.

Liza de Guia launched food.curated. video blog in 2009 and has made several hundred films since then. Her video blog has grown and now partners with The New York Times, BravoTV, Food and Wine, Slate.com, Chow.com, and Huffington Post; she also hosts a weekly show on NYCTV. The blog won the 2015 James Beard Foundation Award for Best Video Blog.

In the U.S., there is a growing movement of farmers and food workers who are creating vibrant farms, living soils, thriving food markets, and a fairer food system for all. At the heart of all change lies a story, and In Our Hands is the story of a new kind of farm, a new kind of food, and a new kind of society.

In Our Hands tells the story behind the blood, sweat and tears of the British farmers who are outgrowing the industrial food system in the wake of Brexit.

This film was made in association with the Landworkers Alliance, a union of farmers, growers, foresters, and land-based workers with a mission to improve the livelihoods of the members and create a better food and land-use system for everyone. This film was shown at the British Documentary Film Festival, New Earth International Film Festival, and Courage Film Festival, and has been screened in several hundred rural communities.

Post Screening Panel Discussion
Farming for the Future: Sustainability in a Time of Change 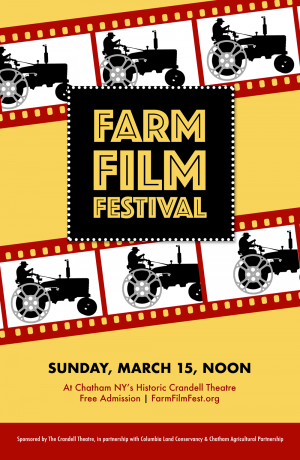