As part of the Comprehensive Planning Process, a thorough evaluation of Agricultural uses, their contribution to the local economy and quality of life, was prepared by the Agriculture Subcommittee, and the Chatham Agricultural Partnership (CAP).

The first step in this evaluation was the identification of all of the agricultural uses in the town. Beginning with the property class information contained in the GIS database, farm class parcels were mapped. This map was then used in a number of public events and committee meetings to further identify farmland that is owned by, or leased to a farmer, and is in active agricultural use. One of the committee members also reviewed the data, and added a number of horse farms that were then added to the database. The result was a complete inventory of agricultural uses in Chatham.

The second step in the process, was the prioritization of the identified agricultural uses. Knowing that funds and human resources are limited, some kind of ranking system needs to be employed to ensure that those farms that are protected or preserved have the most positive impact in advancing the goals outlined in Chatham’s comprehensive plan.

Land Evaluation and Site Assessment, also referred to as LESA, is a tool to help citizens and local officials to prioritize those lands that should be protected from conversion to nonagricultural uses. LESA was developed by the United States Natural Resources Conservation Service, and is based on a technique developed in Orange County in 1971 (the first place it was used in the United States.)

LESA has a long history of use in New York, and throughout the United States. It is basically a rating system designed with local conditions and needs in mind. It is a tool that can help local officials identify farmlands needing protection by taking into account soil quality and other factors that affect agricultural practices. LESA is an analytical tool. It is not a regulatory program.

LESA’s role in Chatham is to provide a systematic and objective procedure to rate and rank sites in order to help people make decisions on where to target farmland protection programs. A LESA system can be useful to answer questions such as what lands are most appropriate to designate for long-term continuation in agricultural uses, and which farms should be given the highest priority for purchase of development rights monies.

The following SA factors were incorporated into Chatham’s LESA system, in addition to the soil factors:

Priority is given for funding under the State Program where:

Consideration is also given to:

In order to be eligible for federal funding for conservation easements, the property must have:

How the calculations were performed, and the final rankings were arrived at:
(Version 2 of the Ranking for Prioritizing Agriculture Protection Efforts map)

Prime Farmland and State Significant Soils on the parcel

One half of the total percentage of Prime Farmland Soils, or Soils of Statewide Significance found on the property was used as the score

Access to Major Transportation Corridor (I-90 or Taconic State Parkway)

If the property is within 2 miles of an exit of the Taconic State Parkway, or Interstate 90, a score of 10 was given

Percent of sensitive water features on the parcel

Percent of the parcel that is being actively used for farming

The total score was added up for each property evaluated. The higher the score, the higher the priority would be for that property to be kept as farmland. 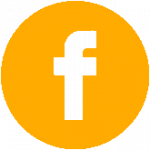 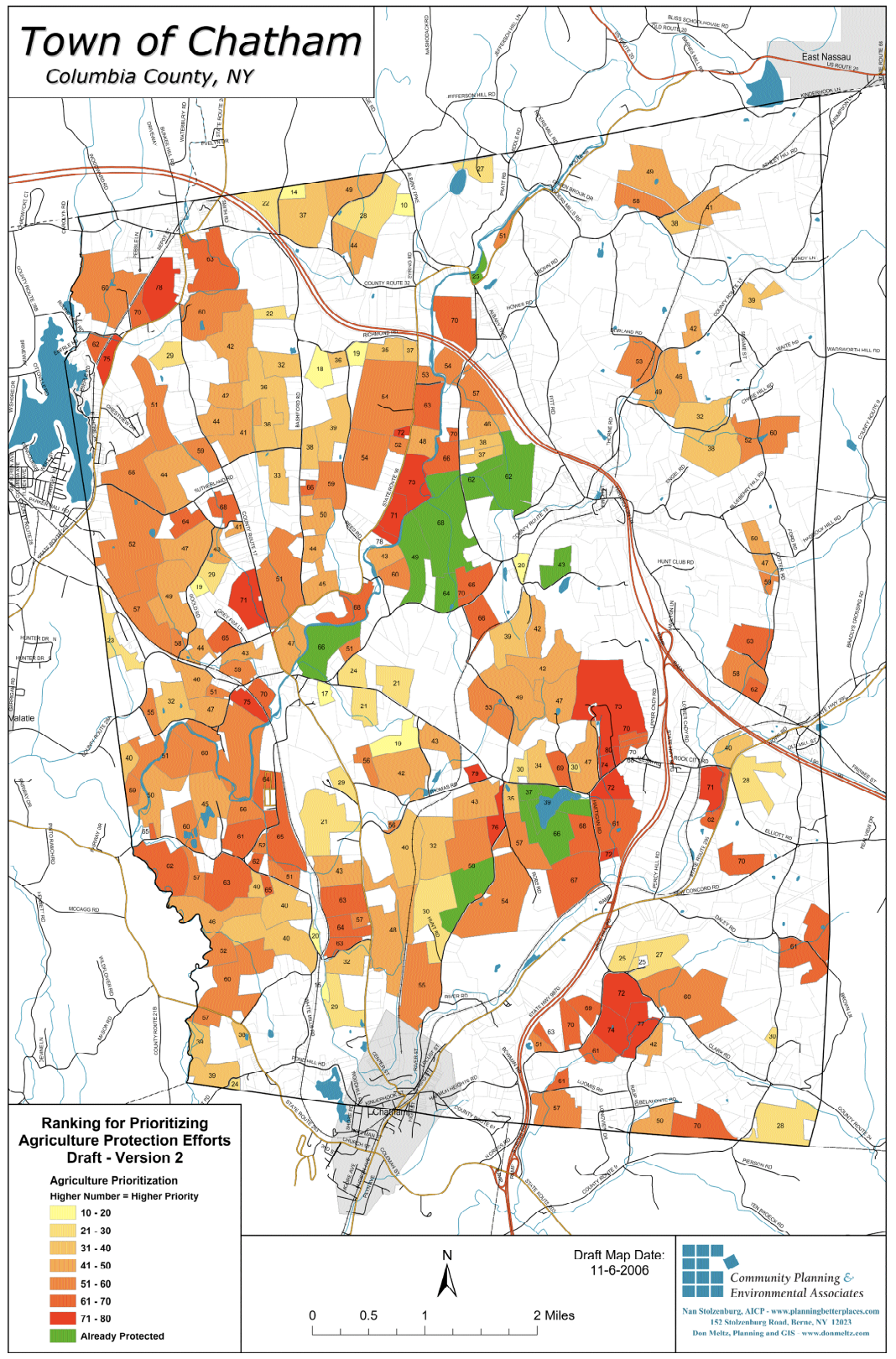 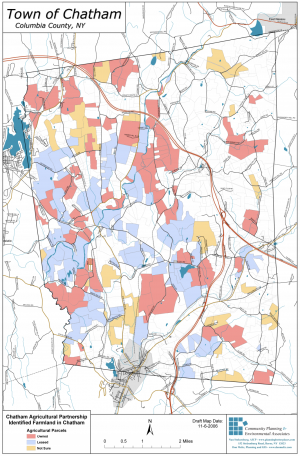